Bulletin of the Laboratory of Religious Freedom May 2021

Bulletin of the Laboratory of Religious Freedom May 2021

On April 21, 2021, a US federal judge temporarily suspended an order for a sailor to shave his beard, who believes it violates his religious rights. . Edmund Di Liscia, a Hasidic Jew aboard the aircraft carrier Theodore Roosevelt, was counseled Thursday and ordered to shave his beard within 24 hours. Di Liscia previously obtained an accommodation allowing him to wear a beard in uniform for religious reasons, but was told by his ship's command that the rule had been overridden.

As a devout Hasidic Jew even before he joined the Navy, Di Liscia „sincerely believes that he must maintain a beard to comply with his religious obligations,” the documents state. However, failing to shave, or refusing to allow himself to be shaved, would put him in violation of a direct order, it adds, which could lead to „substantial punishment” from the Navy. „Within this form of Orthodox Judaism, it is a religious requirement and an expression of obedience and fidelity to God for men not to cut the side and edges of their hair,” the court documents state. „... The growth of facial hair also promotes physical and spiritual modesty and is a sign of spiritual maturity in his faith community.”

In a brief hearing Thursday, a federal judge ordered a temporary stay in the case. With the ship operating halfway around the world, District Judge Timothy Kelly said he wanted to give himself and the Defense Department's team more time to learn about the sailor's circumstances. 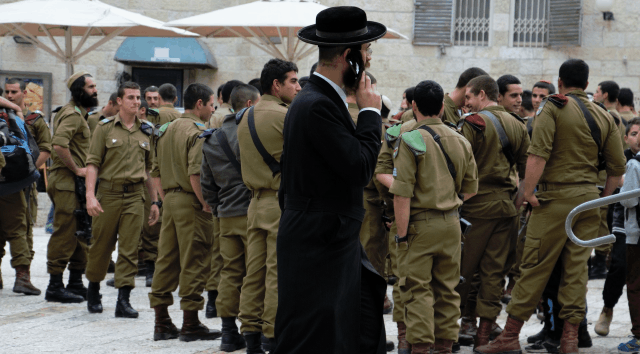 The Navy often cites safety as a reason to require sailors to shave when at sea in case they're forced to don protective equipment to fight a fire or other emergency. Baxter argued that other crew members on the Theodore Roosevelt have morale, welfare and recreation waivers that allow them to grow beards. „If the Navy can safely fight fires while sailors hold morale and medical beard exemptions, why can it not accomplish this goal with EMN3 Di Liscia, especially given that his beard has posed no problem to date and he is willing to shave it in truly exigent circumstances?” he wrote in the court documents filed Thursday. Baxter also said the Navy has the option of reassigning Di Liscia if his beard poses a safety risk.

FOR THE DEFENSE OF THE CROSSES IN SPAIN

There has been a wave of cross removal in many Spanish cities in recent months. The question many ask themselves in the face of so many incidents is: is it a coincidence or a deliberate action behind which there is some campaign against this greatest symbol of Christianity?

In view of these events, there is good news from Albacete, where the Administrative Court upheld the City Council and the Spanish Association of Christian Lawyers that the cross would be preserved in the town of Villarrobledo.

The judge agreed with the applicants and decided that „the resolution of the City Council is lawful”. The Spanish Association of Christian Lawyers notes that "this verdict shows that crosses do not have to be destroyed in order to be lawful." 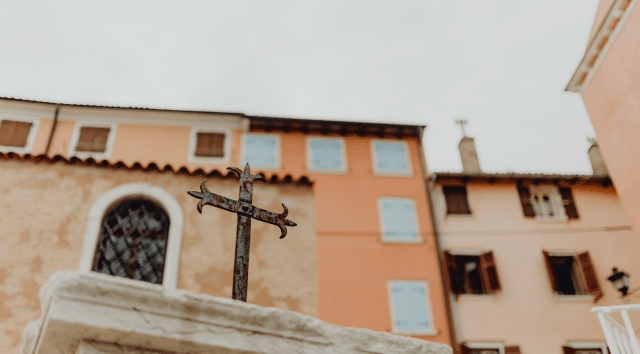 The president of the Spanish Association of Christian Lawyers, Polonia Castellanos, announced that „it is important that mayors realize that they can count on our support and that the destruction of crosses, which is nothing but an unjustified abuse, can be avoided.”

The removal of crosses in Spain is justified by the Historical Memory Law. The removal of the cross, however, always raises a lot of controversy as well as protests from those citizens who believe that it is a way to lose part of the historical and cultural heritage.

JEWS, MUSLIMS AND CHRISTIANS ARE ALL PERSECUTED IN EUROPE

On April 25, Newsweek reported in a press comment that human rights defenders made a mistake when they did not include countries such as Germany, Belgium, Montenegro, Bulgaria and the Netherlands when they worry about religious freedom violations.

Last year, four inytt ten European Jews said in a survey that they were considering emigrating from their country for fear of their safety. The same survey found that nearly half of those interviewed had fallen victim to at least one anti-Semitic incident in the past twelve months. These incidents are not unique. 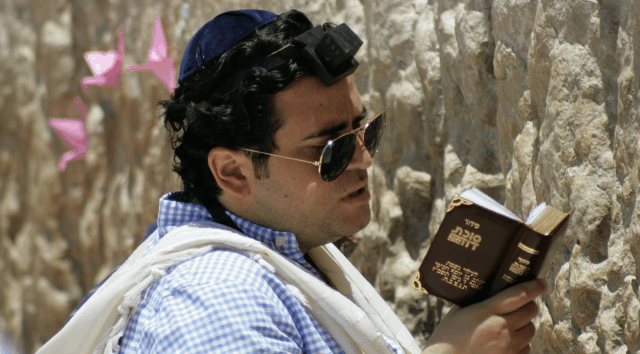 However, the statistics themselves do not show that this problem can even lead to fatal consequences. Physical attacks against Jews took place in many European countries. Perhaps the most drastic example is the attack on religious grounds that took place in Halle, Germany last year. The would-be killer attempted to break into a local synagogue during the Yom Kippur ceremony – after German authorities denied the Jewish community's request for police protection. Only a special security door, through which an armed man could not get through, saved more than fifty praying Jews from the massacre.

Pew Research reports that Europe has seen one of the largest increases in government restrictions on religious activity in the past ten years, with an increase in violent attacks and acts of discrimination against Muslims across the continent. This is especially true in France, where face covering was banned in 2011, and in Moldova, where public Muslim worship was banned in 2012. 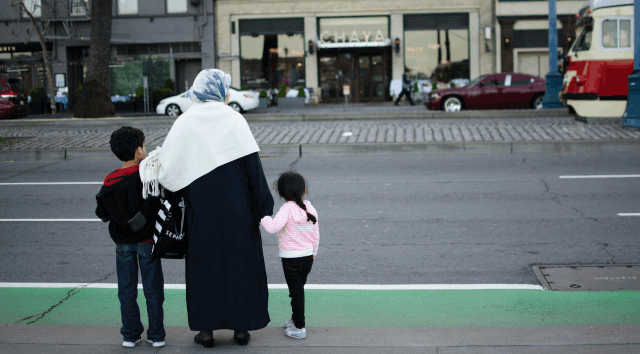 However, discriminatory actions by governments concern not only European Jews and Muslims.

In Montenegro, Christians are under attack. Protests have been underway since December 2020 following the passing of the religion law, which many believe will allow the government to confiscate religious property. The Serbian Orthodox Church rightly fears that this law is an excuse to seize their property. These fears led to a wave of numerous and protracted protests across the country. Restrictions on religious gatherings during the COVID-19 pandemic further exacerbated tensions, and the protests themselves led to clashes with the police and numerous arrests of some of the country's more famous Orthodox leaders, including the hearing of Montenegrin Metropolitan Amfilohije last week. This is the second hearing of the archbishop, the first took place earlier this year.

Hundreds of Hmong Christians inLam Dong Province, Vietnam collectively petitioned government authorities for the issuance of temporary ID cards so they may participate in the next quintennial general elections, to be held on May 23.

„For many years, the local government has not acknowledged the members of our households as lawful residents in our commune. Therefore, we are still without a household registry and identity papers,” wrote the adult members of 118 households in Subdivision 181, Lieng Sronh Commune, Dam Rong District, Lam Dong Province.

For almost two decades, Hmong who converted to Christianity have been evicted or had to flee from their home villages in the Northwestern Highlands as local authorities forced them to renounce their faith. After years on the run, they settled in the jungle of Vietnam’s Central Highlands, where they rebuilt new communities. To apply for new household registration and ID cards, they must secure a letter of reference and support from the government in their home village, which is nearly impossible. Undocumented couples are not issued marriage certificate and many children are without a birth certificate. BPSOS (Boat People SOS, non-profit organisation) has documented at least ten thousand Hmongand Montagnard Christians in such situations. 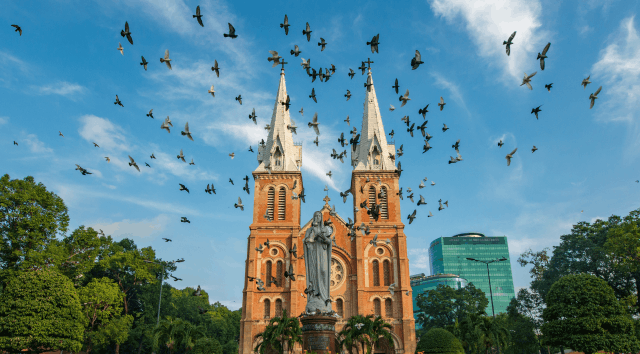 Vietnamese Election Law provide for all citizens aged 18 and up the right to vote and the opportunity to register to vote. However, these articles specify that citizens without a household registry and identity papers may vote for members of the National Assembly and People’s Councils of provinces and districts while not being allowed to vote for members of People’s Councils of communes.

„We respectfully request that you and your agencies review our case and issue without delay temporary identification papers enabling us to exercise our full civil rights and meet our civic obligations in this election cycle,” the said petitioners pleaded.

„The Hanoi government should immediately restore the right to vote of Hmongand Montagnard Christians who have faced mistreatment for not renouncing their faith,” said Dr. Nguyen Dinh Thang, CEO & President of BPSOS.

Autor: Mateusz Ruta
Date: 12 May 2021
Financed from the Justice Fund, which is administered by the Minister of Justice
www.funduszsprawiedliwosci.gov.pl