The day was established on May 28, 2019 by the United Nations General Assembly, on the initiative of Polish diplomacy represented by Jacek Czaputowicz, the then Minister of Foreign Affairs.

The role of this celebration is to draw public attention to the difficult situation of victims of persecution, and at the same time to incentive respect for the rights of religious minorities and to promote religious tolerance. UN member states and international organizations, as well as local communities and individuals, can treat the International Day as an impulse to engage in activities commemorating the victims and an encouragement to effectively help the victims.

On this occasion, on August 20 this year, in Warsaw, a press conference was held, organized by the Laboratory of Religious Freedom in cooperation with the Pontifical Foundation Aid to the Church in Need and the Polish Media Association.

Solidarity with the victims

The aim of the conference was to introduce the public to the idea of the International Day Commemorating the Victims of Acts of Violence Based on Religion or Belief. The topic was presented by rev. Tomasz Huzarek Ph.D from the Laboratory of Religious Freedom. He discussed the issue of persecution for faith, but also, what’s important - for its lack, i.e. atheism. He presented also the cases of violations of religious freedom that have taken place in Poland in recent years and discussed the methods and methodology of surveys conducted among victims by the Laboratory of Religious Freedom. Rev. Andrzej Kwaśniewski Ph.D from the Foundation Aid to the Church in Need spoke about the current situation in the world.

Meeting chairmen reminded also that on August 22, as a sign of solidarity with the victims of violence based on religion or belief, throughout Poland buildings will be highlighted in red.

The initiator of the event, Laboratory of Religious Freedom, defends believers, their rights the right to freely express their beliefs without the risk of negative consequences and to live in accordance with their values. Is opposed to identification the impartiality guaranteed by the Constitution with the elimination of all religious manifestations from the public sphere. 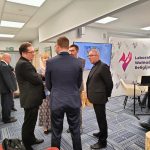 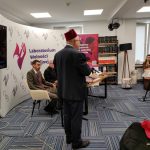 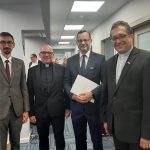 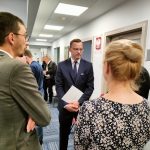 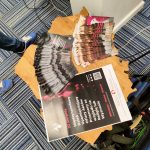 Autor: Mateusz Ruta
Date: 20 August 2021
Financed from the means of the Justice Fund, administered by the Minister of Justice.
www.funduszsprawiedliwosci.gov.pl